One of my sisters told her husband a long time ago that I started this blog in order to exorcise Sister Agnes out of my brain . At that time I was writing several posts critical of the old religious gal , a former teaching colleague and  thorn-in-the-side of mine . I don’t believe that any of those old posts were untrue or unfair ( if one can put aside the old advice to never speak ill of the dead )  but they did , at times, skirt the general neighborhood of being on the mean side . I wrote and then discarded a couple of the more nasty posts , me not being a mean-spirited soul . Or so I will continue to believe .

I read a comment today to a recent post on this silly blog that got me thinking . The comment  was written by a regular reader of mine who knows better  . (Well , people say ,    ” He/she should know better !  ”  , so I think that this guy does . ) At any rate , his little light-hearted comment got me thinking again about Sister Agnes , my past nemesis ,  aka. Sister Agony  .

My  post had discussed Jesus . No offense to the man , to the Savior and all that , but Jesus can be a troublesome topic to discuss . The thing is , people are touchy about talking about Jesus . More likely , by the way , people would be touchy , I think , talking to Jesus were he to come on down and show up at the breakfast table , or in the waiting room , or at the table in the staff lounge , or  sitting on the next bar stool over , or even settled into a nearby pew in church .

Jesus might just ask, he being somewhat confrontational ,  several pointed questions to the  folks about just what has been going on around here since he was incarnate ( I was going to say : “since he was hanging around” ; but I thought better of it . I’d be headed straight to hell in the minds of many if I wrote such an uncouth thing , especially in the brain  of Sister Agnes , where ever she may be ) . Jesus might repeat his one overall admonition , that thing about loving your neighbor . He might be tempted to call some of us Pharisees , hypocrites , or who-knows what . It might get ugly .

I have a couple of atheist friends………………………. I’m saving their issues for another time . No use getting too deep in this post about such things . It’s Easter time , after all .

We have some Easter eggs here that the grandkids and I colored . Ada then took the kids  to an animated movie about Easter bunnies .  I wonder if those atheist friends of mine surround themselves with that kind of Easter stuff . I’ve never thought of it before .  Maybe yes ; maybe not .

Anyway . No , Sister Agnes would not have appreciated my freewheeling chatter about Jesus . She was , after all , a  nun  officially married to Jesus ( that’s the way we used to hear it , anyhow ) ,  and she would have been quite stubbornly and angrily repulsed by my seemingly disrespectful words . But , to be honest , she was a little too stuck in a holier-than-thou mindset , if you were to ask me .

I have no doubt that there are some readers right now who are upset with my insouciance , too .  Shouldn’t talk about nuns and Jesus like that ! Heathen !

Well , at least I don’t post atheist propaganda  day after day on Facebook . Yeah , buddy , you know who you are ! Sister Agony would not have cared for your godless endeavors  much  . Maybe she would , at least , have prayed for your soul   , but I have to say that I’m not entirely sure about that . God only knows . 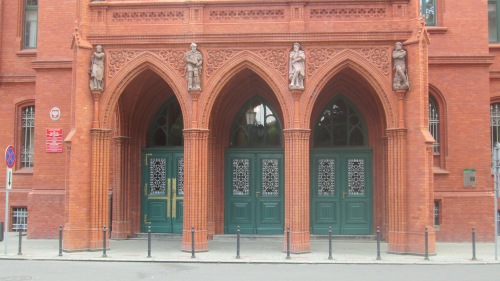