Those guys are still working on bringing the Gold Line east far enough for Dan to walk to the station .

I like one aspect of the planning . Some planner somewhere had some sense . One of the new rail bridges has a concrete railing like the old concrete railings . I like that —- a symbolic time-link to honor the past . The right railing for a rail line needs no railing . I think Abraham Lincoln said that .

There was a line about what ,  1889  ? , that came to Arcadia along the same right-of-way . It died out some time in the late 1950s out this way but the tracks remained in the streets and also along some other stretches of the route . 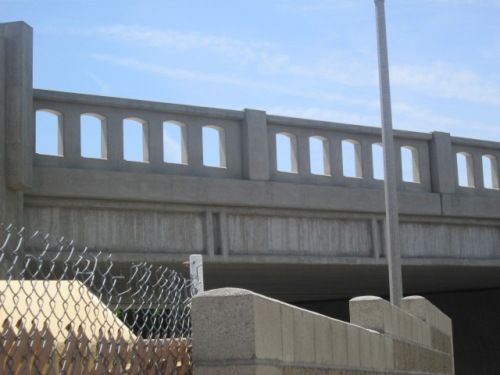 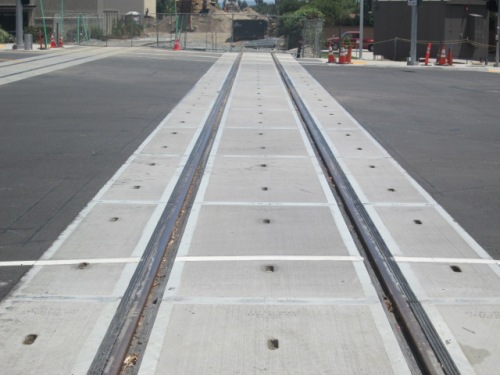 They’ve recently torn out the old track and installed new track , or they will soon .  What’s that say  about how much things change and they remain the same ?

The new Arcadia station for the metro will sit on the same ground of an older station . The old station  was shipped off east to some rest home for old buildings ; no one wants to visit it anymore ; they’ve forgotten about it , to tell the truth .  There will be a parking structure next to the station  this time around . That’s progress . I think Herbert Hoover said that . 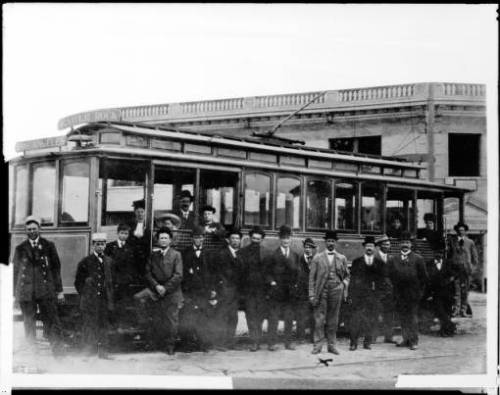 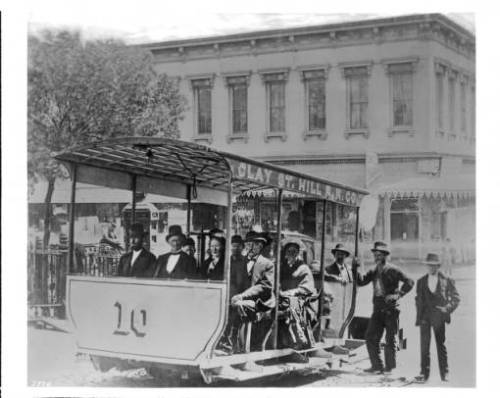 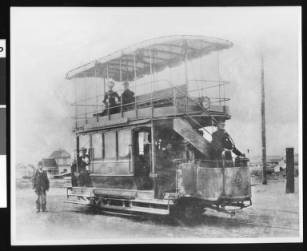 I’ve been patiently waiting for the Gold Line Metro to push far enough east so that I can walk over to the station . As it is , I could walk to the Sierra Madre Villa  Station , currently the closest one , if I had all the  morning to get there . I could , of course , walk several blocks from my house and catch a bus to the nearest station , too .

I went out early one morning , walked the half block down to Foothill Boulevard . Step one was to catch the bus along Foothill .  I walked to the corner to the bus stop . No bench . Hadn’t there been a concrete bus bench there ?  I looked up and down foothill  —- no benches . I walked across the street and asked the all-night gas station guy about the bus . How often do they come ?  He said there ain’t been no bus  on Foothill now for almost a month . Foothill Boulevard is a major street on this side of town , spreading up along the foothills .  No bus ?

I had to make an LAX  flight at a certain time .  This was gonna mess up my plan bigtime .  Ada wasn’t home or I would have asked her for a ride to the metro station .   So I called my friend Willie . Willie knew my public transport plan . He’d understand my predicament .  I’d picked Willie up at LAX several times ; waited hours once while his flight was diverted to San Francisco and then until it  finally  decided to come  back to L.A .  We had each others’ backs , so to speak , I guess , when it came to trying to get out of the city or trying to get back in . Like friend assurance  insurance , travel disaster personal indemnity . 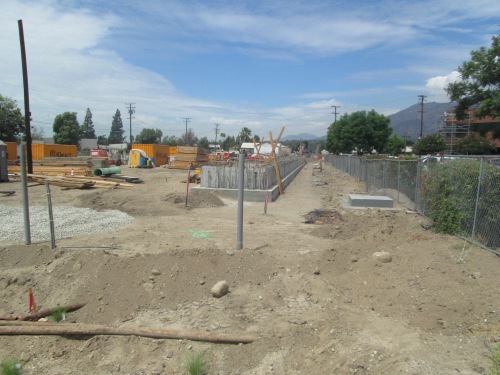 So , I’m waiting for the metro tracks to be laid and the station to be built . So far Metro has built a Gold Line bridge over the 210 freeway . I’m not sure what the design of the bridge is supposed to represent . There are two large concrete forms that look a little like stylized pineapples . Pineapples in Arcadia ?   Oranges or lemons would be okay . Grapes ?  Even bananas or pomegranites or persimmons might fit somehow .  But  , pineapples ?

Those things must not , I think , be pineapples . Who would do that ? Maybe baskets ? Native American baskets ?   No , can’t be . Too pineapple- shaped .  Maybe , for some odd reason , hand grenades ?  I’ll have to ask someone who knows . My imagination ain’t able to stretch big enough to figure that one out yet .

The bridge was once on Lucky Baldwin land . He grew just about everything on his ranch there , I think , except pineapples .  The land was also ,  for a couple of decades ,   an Army observation balloon school . Baldwin was a horse lover , too , a racetrack builder , a horse breeder .  The Santa Anita racetrack in Arcadia was also , for a few years during WWII  , an Army ordinance base  . Grenades !  I’m looking for clues to explain the two concrete structures at each end of the new Metro bridge .

It doesn’t matter . No one asked me before they built  the things , after all .  They look like they’ll be around for awhile , whatever they are supposed to be . Time will attach it’s own meanings to them .

Meanwhile , I watch the spot where the station is going to be built .  It’s an empty lot. There was an earlier station there eighty years ago or so . There were tracks there two years ago , also , tracks  abandoned for fifty years or more . They were waiting patiently and quietly  , all that time , those spans of  old steel track ,  only to be gouged out eventually , and disposed of  , I guess . Maybe they went to a train museum , instead  . Maybe a sculptor will concrete them vertically into the ground at odd angles and call it art .

I think that the new track will look pretty much the same as the old track . Higher up . More shiney . More concrete beneath . The people who will ride it will be pretty much the same , too , I suppose  ,  but with  electronic devices  and the feeling of being , oh ,  so much more civilized , cultured ,  sophisticated , and smart . 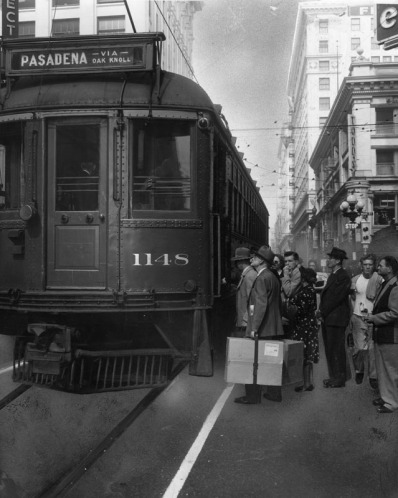